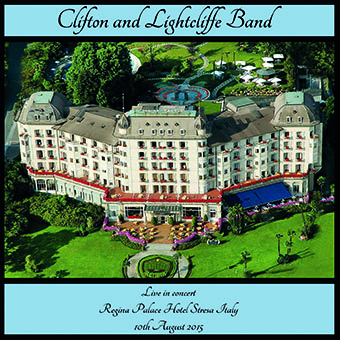 The Clifton and Lightcliffe Band have, over the past twelve years, undertaken ‘band tours’ throughout Europe and in the United States of America.
During August of this year the band took a party in excess of fifty to Stresa on the shores of Lake Maggiore in northern Italy close to the Swiss border where they undertook a number of concert engagements. The final concert of the tour took place at the Hotel Regina Palace in Stresa where they played to a capacity audience in the hotel’s 400 seat theatre.
We have just completed the work mastering and producing a CD of the concert recording which contains some fine concert performance items and solos.
You can learn more about the band and where to obtain a copy of this latest CD at the Clifton and Lightcliffe Band website.